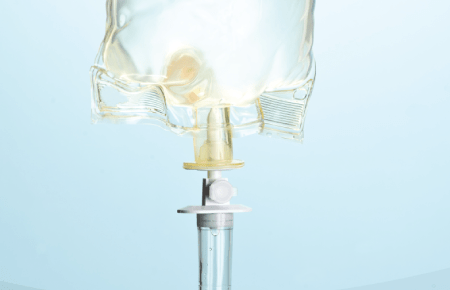 The global home infusion therapy market will reach $27.95 billion in 2022, up from $15.16 billion in 2016—a compound annual growth rate (CAGR) of 10.6%, according to Zion Market Research. Several trends are leading to this increase.

Infusion therapy is experiencing a rapid shift in where care is delivered, moving from acute facilities to in-home care. This change is driven in part by the “Silver Tsunami” of an aging U.S. population and increased incidences of chronic conditions. In addition, hospital discharges are increasingly leading to extended stays in rehabilitation or long-term care facilities, with infusion therapy following patients into these settings.

A greater demand for home infusion therapy services is driven by:

Providers that are set up to serve patients moving from acute facilities to home care are well-positioned to capitalize on the market shift. Others must change their practice to provide infusion therapy in non-acute settings if they want to remain a viable option in a fast-changing marketplace.

Some care gaps may be covered by Medicare, but that poses another problem. While Medicare’s prescription drug plan may cover the cost of the infusion drugs, it doesn’t cover supplies, equipment or nursing. Medicare Part B may cover some therapies, such as anti-infective or chemotherapy drugs, or some inotropic therapies and pain management, but not cover everything that’s needed. These reimbursement issues squeeze margins for providers.

While providers work through barriers to reimbursement, they must also stay abreast of new therapies. More therapies are now being developed to treat conditions that either did not have effective treatments previously or were traditionally delivered in an acute setting. Being prepared to deliver new therapies is vital to the survival of home infusion providers.

Becoming certified can help providers obtain access to limited distribution drugs used in these new therapies. While accreditation is voluntary in the industry, most insurers now require it.

Infusion pharmacies and providers offer extensive services and solutions, including:

“Providers that are set up to serve patients moving from acute facilities to home care are well-positioned to capitalize on the market shift.”

Home infusion therapy providers must reduce costs and increase efficiencies to meet their margins and continue providing top-quality care. That’s where a group purchasing organization (GPO) can help by offering a variety of services and solutions to help enable this.

Contract pricing though GPOs can put providers in a better position for reimbursement, depending on the formulas used by the majority of a customer’s payers. In addition, working with a GPO to standardize the supply chain promotes efficiencies—and cost savings. This proactive approach to home infusion therapy manages the risks associated with drug shortages and inventory management strategies.

Electronic prior authorizations (ePAs) also benefit patients and providers. They reduce the time required to fill prescriptions while streamlining processes. However, even with ePAs, the same challenges with medical benefit coverage still exist with home infusion and specialty drugs.

Recently, payers have been eliciting more control in the infusion space. This push is likely to continue. Payers are not only making key decisions about which patients can receive which treatments, but margins can also be impacted based on those decisions. For example, a pharmacy administering a treatment to a patient with cystic fibrosis could lose up to $1,000 on the service, depending on the reimbursement. The frustration lies in the fact that a handful of pharmacy benefit managers control most plans, meaning that pharmacies cannot afford to push back or they risk dropping out of that network.

While an increasing patient population and the acceptance of home infusion therapy as a cost-saving and viable treatment option are opening the market wider for providers, reimbursement continues to cut into margins. The best way for providers to compete and continue to provide quality care is by leveraging best practices that include private label pharmaceuticals, contract pricing, standardized supply chains and ePAs.

A home infusion pharmacy ensures that drugs are:

George Hartpence is a pharmacist and director on the Provista Pharmacy Operations team. He has more than 25 years of pharmacy expertise.

Provista’s Supplier Diversity Program is designed to be inclusive of and support diverse and minority-owned businesses across the supply chain. It helps suppliers and members ... 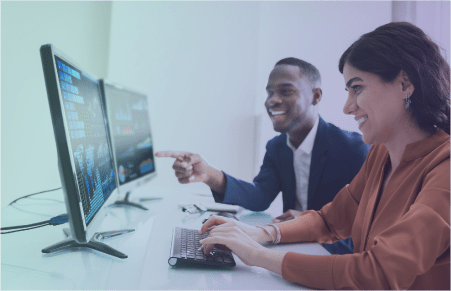 Provista offers a range of data analytic solutions to help members save money through intelligent procurement processes. They include cost savings analysis, procurement ...

By partnering with Provista experts, Solis Mammography was able to define a vision of their desired supply chain process, identify and analyze options, and ultimately, implement ...