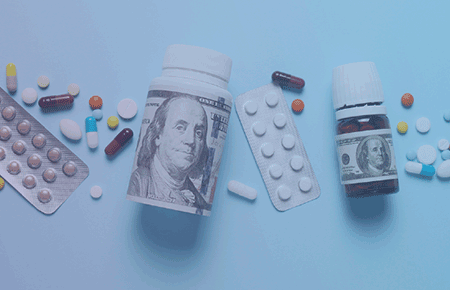 U.S. drug prices are about four times higher than the combined average drug prices in 11 similar countries, according to a report from the House Ways and Means Committee. The report is based on 2018 pricing for 79 drugs sold in the U.S. and 11 other countries. Drug prices were sometimes 67 times higher in the U.S. Find out what’s being done to lower costs and how Provista can help.

Prescription drug prices are expected to continue climbing. That’s not good news for patients who are already paying more—sometimes substantially more—for drugs than their counterparts in other parts of the world.

U.S. drug prices are about four times higher than the combined average prices in 11 similar countries, according to a report from the House Ways and Means Committee. The report, A Painful Pill to Swallow: U.S. vs. International Prescription Drug Prices is based on 2018 pricing for 79 drugs sold in the U.S. and 11 other countries.

“This report reveals just how unfairly high prescription drug prices are in the United States compared to prices in other, similar nations,” said Ways and Means Committee Chairman Richard E. Neal in a press release.

With one exception, individual drug prices in the U.S. ranged from 70% higher, for Lantus Solostar, a type of insulin, to 4,833% higher, for Dulera, an asthma medication, than the combined mean price in the other 11 countries. Provista expects drug prices to increase even more. While the legislature works to find a solution to escalating costs, Provista offers immediate relief through its private label drug program Novaplus®.

Hundreds of Billions of Dollars Spent on Prescription Drugs in U.S.

The U.S. spent $457 billion in 2016 on combined retail (pharmacy) and non-retail (dispensed in physician offices) drugs, according to the report. Medicare accounted for $130 billion of that spending, which breaks down to $99.5 billion for Part D pharmacy drugs and $29.1 billion for Part B physician-administered drugs. The rise in spending for specialty drugs has driven the increase in spending for Medicare Part D and Medicaid.

A 2018 Kaiser Family Foundation poll found that 79% of Americans believe the cost of drugs is unreasonable, and 26% worry they can’t afford the drugs they need. And there’s more bad news. The Drug Price Forecast from Vizient, Provista’s contract partner, predicts a 4.57% increase in the average price next year for the drugs used by its membership.

This increase translates to more than $3 billion in additional spend by its members. The good news? Proposed legislation looks to tackle the problem, and Provista offers cost savings and other pharmaceutical benefits to members.

11 Countries Compared to the U.S.

The countries compared to the U.S. in the House Ways and Means Committee report are:

The Prescription for Drug Price Increases

The most relevant patents protecting Rituxan® (rituximab), Avastin® (bevacizumab) and Herceptin® (trastuzumab), all cancer-fighting medications, could expire in 2019. This change could be substantial because these biologics account for more than $10 billion in spend across the U.S. healthcare system. Provista has assembled a biosimilars task force to create clinical, analytical and educational resources to help members evaluate biosimilars for formulary inclusion as soon as they enter the market.

In the meantime, skyrocketing drug prices coupled with an aging population in need of prescription drugs have increased the urgency among lawmakers to develop policies to rein in costs. Legislators and healthcare experts are looking for ways to contain costs and the associated out-of-pocket expenses.

One piece of proposed legislation is H.R. 3, known as “the Lower Drug Costs Now Act.” H.R. 3 would allow the U.S. government to negotiate lower drug prices for consumers based on international pricing. If passed, it could potentially save $49 billion annually on Medicare Part D alone, according to the House Ways and Means Committee.

“Americans shouldn’t be paying substantially more than patients in other countries for the medicines they need to survive,” Neal says in the committee’s press release.

Between 2011 and 2016, drug spending nationwide grew 27%. That means drug prices increased more than 2.5 times the rate of inflation.

Provista Enables Members to Save on Prescription Drugs

Provista recognizes the challenges posed by high drug prices, price spikes due to unstable market demands and the inability of providers to access certain drugs due to shortages. The group purchasing organization (GPO) has taken steps to address these issues. It offers:

“Drug shortages continue to make the task of patient care more complex, and the increasing cost of specialty drugs will keep pharmaceutical expenditures trending higher,” according to the Drug Price Forecast.

Provista can help members save on drug purchases. The GPO has more than $67 billion in member spend with more than $1.6 billion in savings since 2016. Regardless of whether legislation is passed to lower drug costs, Provista’s private label program will offer significant savings, mitigate shortages and provide resources to help members be more successful with their drug program.

The House Ways and Means Committee says that Americans pay significantly more than patients in 11 similar countries for the same prescription drugs—sometimes as much as 67 times more, even when accounting for rebates.

The healthcare workforce is not large enough to meet current and future demand. The COVID-19 pandemic is partially to blame. This infographic highlights the labor issue and how ... 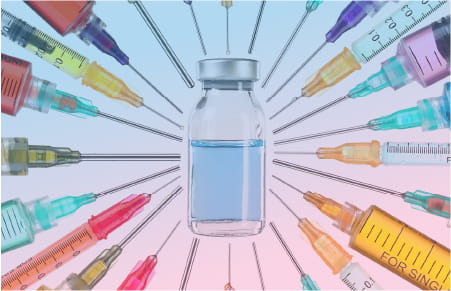 Drug shortages usually result in escalating costs and can compromise care. Provista’s Novaplus program offers a solution with a dedicated inventory of branded and generic ... 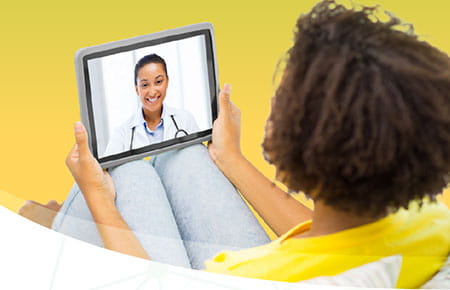 How to Make Your Digital Front Door More Visible

Having a digital front door for non-acute healthcare is increasingly important. Patients want the conveniences enabled by modern technologies such as mobile apps for touchless ...